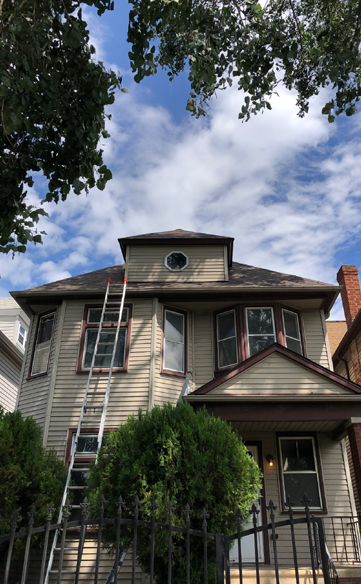 As a teenager in the mid 1930’s, John Voden worked as a carpenter with his Father building homes in Wayne County until he was drafted by the Army for the war. After serving his country in World War II, John returned to Michigan with a plan. He put the skills he learned before the war to good use and built a home for his growing family. He then became a Contractor and started Voden Home Improvement. Through the years, just about everyone in the family worked for the company...Uncles, Cousins, Siblings, and eventually Sons, Daughters, and In-Laws. In 1965 John bought a store front building on Van Born Rd. in Dearborn Heights, where the business thrived.

In 1979 Mike Voden took over the business after working for his Father for 15 years. Mike downsized slightly and moved the business to his home, also in Dearborn Heights, where it continued to be a successful enterprise. Mike Voden was extremely involved with the community and volunteered for countless projects with Habitat for Humanity and Rouge Rescue. The 2005 Jimmy Carter Work Project in Detroit saw four generations of Vodens come together and help build the house Jimmy Carter worked on and was a highlight for Voden Construction.

The third generation of the company started in 1999, when Mike decided to go into semi-retirement and move to Arizona.  His son Charles obtained his Builders License and began overseeing the Business until present day.  Voden Construction has a solid foundation of quality work for over 70 years and will continue to be relevant well into the future.  When we put our guarantee on a project, it means that we will be around to follow through with that guarantee.

In an Oct 2, 2015 photo, Charles Voden, left, owner of Voden Construction Co. talks to Leor Barak about the house, in Detroit. As compliance manager for the city’s nuisance abatement program, Barak holds owners of abandoned properties accountable for fixing them up. Last fall, Barak faced a lawsuit of his own under the same program over a blighted duplex he purchased in West Village. (Clarence Tabb, Jr./The Detroit Newsvia via AP) Click for Article 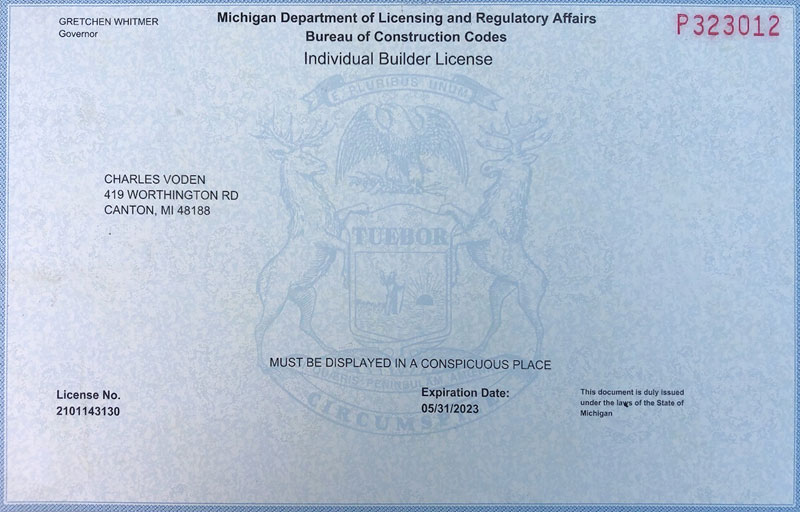